The National Trust has been approached by concerned members of the local community regarding two major developments proposed within the South Fitzroy Heritage Overlay Area on Victoria Parade in Fitzroy. The first is a 11-storey tower proposed for St Vincent’s Private Hospital, which will include considerable impacts on two National Trust listed properties, Eastern Hill Hotel (pictured above) and Dodgshun House (pictured below). The second is a proposed expansion to the Australian Catholic University Melboure campus, including a 12-storey tower and invasive additions to the rear of the historic Mary Glowery building (formerly known as the Commonwealth Note and Stamp Department). As illustrated in the artistic impression above, St Vincent’s Private Hospital are proposing a major expansion to their Fitzroy site, including minor demolition of the existing hosptial at 59-61 Victoria Parade and the construction of an 11-storey tower. As detailed by Urban Melbourne, to facilitate the new tower, demolition is required across a number of sensitive historic buildings, including:

(Heritage Reports linked above in green).

As advertised on the City of Yarra website last month, Planning Permit PLN16/0925 proposes the following:

The National Trust has prepared a submission in response to this planning application, forming the position that the proposed works will have a significant and irreversible impact on a number of heritage-listed buildings, and as such, should not be approved in the current form. This objection is based primarily on heritage grounds, insofar as it relates to the National Trust listed properties Dodsghun House and the Former Eastern Hill Hotel, and the largely intact historic streetscape of Victoria Parade and Brunswick Street more generally. In addition, the National Trust does not support the full demolition of Easthill House, identified as individually significant under the Heritage Overlay, or agree with the statement included in the Heritage Impact Assessment that the full demolition of this building ‘can be supported in heritage terms’

We strongly believes that the level of demolition and alteration proposed for the existing heritage fabric does not provide an acceptable balance across the site. While the National Trust is not against the redevelopment of the site to allow for the growth of the hospital and hospital services, we do not believe that enough of the existing heritage fabric has been incorporated into the design to consider the new development a positive outcome in terms of heritage.

UPDATE: The National Trust has been invited to attend the next meeting of City of Yarra’s ‘Internal Development Approvals Committee’ where they will consider the outcome of the permit application. This meeting will be held at 7:30pm 28 June 2017 at the Richmond Town Hall on Bridge Road. Please contact the team on [email protected] if you would like further information. 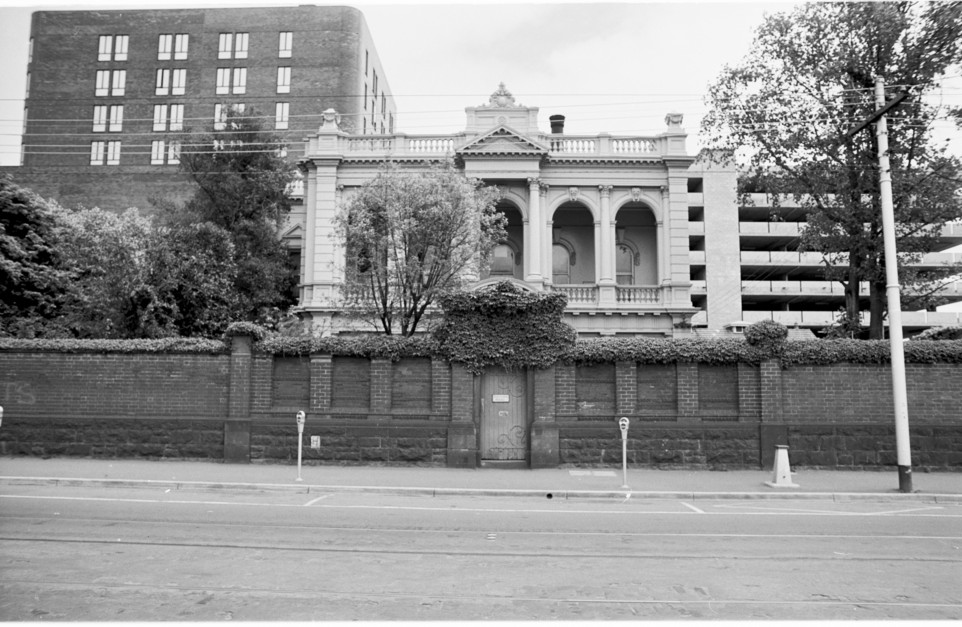 As outlined by the Melbourne Leader, Australian Catholic University have proposed a major expansion to their Melbourne campus, including the construction of a 12 storey tower and an extra five levels to the rear of the historic Mary Glowery building located at 115 Victoria Parade (artist impressions included above and below). To read more about what is proposed, click here.

UPDATE: As the City of Yarra were unable to make a determination within the prescribed time, ACU recently announced that that would be taking this issue to VCAT (update here).

In September 2016, the City of Yarra resolved to undertake the following:

While the status of the Council’s heritage assessment is yet be publicly announced, a member of the community prepared their own nomination of the place to the State Heritage Register, submitted to Heritage Victoria at the beginning of the year. In March 2017, the Executive Director of Heritage Victoria recommended to the Heritage Council that the place is of cultural heritage significance to the State of Victoria, and should be added to the Victorian Heritage Register. The National Trust prepared a submission in support of this recommendation, agreeing with the Executive Director that the building has a ‘clear association with the important process of designing, printing, manufacturing and issuing all legal tender, stamps and other government security products for Australia and its overseas territories’ and is an ‘important reminder of the establishment of an official Australian currency, which contributed to a sense of national identity in the early decades of the twentieth century.’

To read the recommendation of the Executive Director, please click here..

UPDATE: The owners of the building, the Roman Catholic Trusts Corporation for the Diocese of Melbourne, and Australian Catholic University, have objected to the building being added to the Victorian Heritage Register. The Registration Committee of the Heritage Council will now conduct a hearing into the matter to determine whether the place should or should not be included in the Heritage Register. This hearing will be held in late July.